I’m not sure how joyful I found reading The Joy of Tax, especially as I started it over three years ago. Finally, though, I have now finished it and will give my opinions on it below.

In the book, Richard describes how a radical change to the tax system can create an equal, more fair society. The chapters in the book start with an introduction and then the following:

In Chapter 1, the book starts off by disputing the popular quote by Benjamin Franklin that ‘there are only two things in life that are inevitable – death and tax’. Life has existed for over 3.5 billion years, tax, however, has only been around since 2500BC. Therefore, tax hasn’t always been inevitable, although I suppose it is now.

After a briefish history of tax, it then goes on to interpret the meaning of tax in Chapter 2. It also lists out in one diagram the different types of taxes in the UK and how much of a percentage of the total tax they represent. It also states that ‘tax is that property held in trust by an individual or company that is due to the state whose rightful or legal property it is.’ This suggests that tax is not taxpayers money but it is the government’s money that the government is claiming back. Tax is government money that we sometimes hold on its behalf. These are in my mind radical ideas that I still need to get my head around but it is definitely a different way of looking at tax.

Chapter 3 delves into what I believe is an economist viewpoint but as flunking GCSE in economics proves, I have absolutely no idea on economics. I think the main idea from this chapter is to understand that ‘money is created by banks making loans’. From here it leads into Chapter 4 discussing why flat taxation wouldn’t work and why education about tax is required for politicians, newspapers, and media.

Chapter 5 goes further into the education and understanding of tax as well as highlighting the fact that HMRC is not actually accountable to the government. As per its title, it technically reports to the crown.

It also takes you through the six-stage process of a new tax system:

In the next chapter a definition of the four new principles of what to take into account when creating a new tax system:

Chapter 7 describes why certain taxes don’t really work, especially national insurance due to the changes in the way people work. Many people have more than one job in a lifetime or even at the same time.

The penultimate chapter brings together the foundation of the new tax system as defined in Chapter 6 as well as the six stages of a tax process outlined in Chapter 3 to create a new ideal tax system. Some of it seems idealistic while some of it already seems to be happening, three years after the book was published.

National Insurance, capital gains tax and inheritance tax are three areas that are apparently in need of major reforms. The book also touches on creating a new CUT tax – Carbon Usage Tax that can be applied to businesses and individuals.

The last chapter is a speech that Richard Murphy would give if he was the chancellor. Throughout the book it mentions tax havens of which Richard Murphy and the tax justice network and tax research have done lots to expose and bring to justice. Some of which has been successful.

In summary, some of the things mentioned in the book seem too idealistic and possibly unrealistic. Other things already seem to be happening. Furthermore, there are things that make you feel guilty for doing your job as an accountant and interpreting the law as stated with its loopholes.

An ideal state is where all income is taxed equally and all income is declared in the first place. This seems quite idealistic even though many things can be done online with the potential to trace it.

However, a part of me still thinks that (whether rightly or wrongly), if a person does earn lots of money by working hard, surely, they have some right to be allowed to keep the money rather than paying it all in taxes.

Overall, it is a very thoughtful book covering lots of ideas, some of which I’ve not even mentioned above. You can pick up the book at any chapter and within the first few paragraphs get a brief overview of what has already been covered.

I do recommend this book as a way to open your mind to a different way of thinking about tax, especially if all you’ve ever done is textbook accounts and tax, but it is not easy reading by any means.

You can buy this book using my amazon affiliate link. If you use this link, I will earn a small commission. It is at no extra cost to you.

View all posts by Nisha 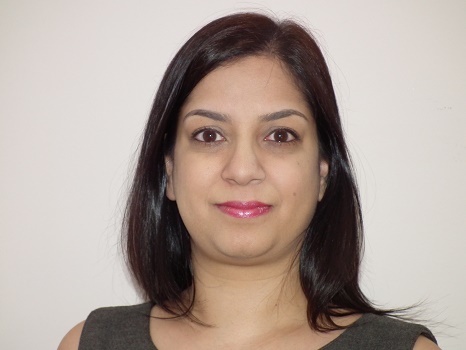